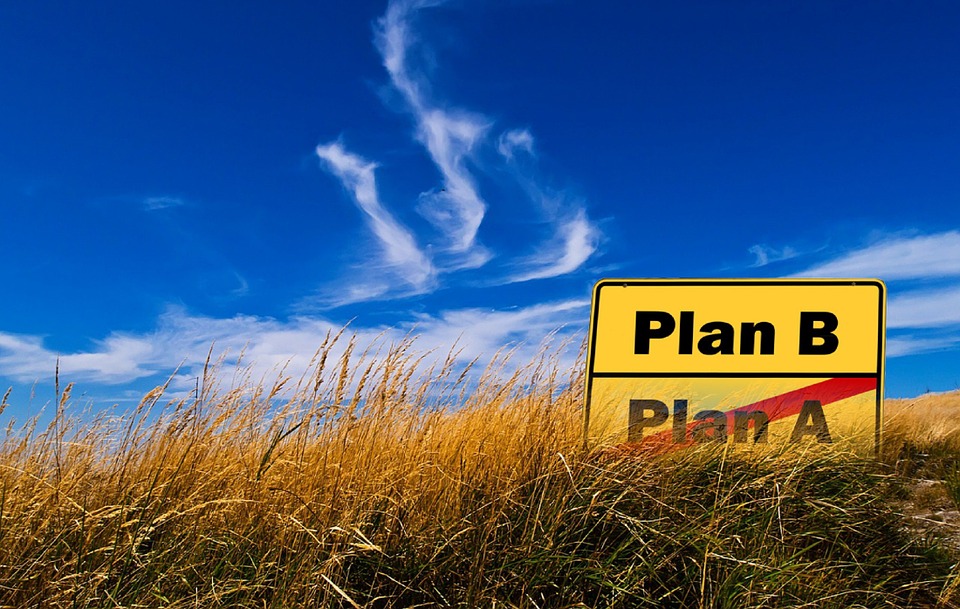 At a closed meeting, the Prime Minister Göran Persson simply put his finger in the air and estimated the future cost of replacing the ten Swedish nuclear power stations to be €100 bn. Today, 15 years later that estimation of cost for electricity produced still holds, regardless if it will be nuclear, hydropower, wind power or any other combination of electricity production that will replace current Swedish nuclear power stations.

Back in the day, Vattenfall, a state-owned and predominantly domestic Swedish energy utility, was given the task by the social-democratic Prime Minister Göran Persson to make substantial overseas investments and start growing internationally. The reason? Politicians realized that about 25 years from that moment Swedish nuclear power stations would have to retire due to age and to be replaced with something else, accounting for as much as 40% of the country’s electricity generation.

In those days, the size of the discussed investment needs equaled more than a third of the entire Gross National Product of the country. In today’s money terms when we now have entered the final 10-year close down period of the Swedish nuclear power stations these investment needs almost equal a doubling of Sweden’s Gross National Debt, with risk of putting the country into severe challenges. It is with this perspective Göran Persson gave Lars Josefsson, the newly appointed CEO back in year 2000, the task to grow Vattenfall to a substantially larger company in order to be able to support the future replacement of current nuclear power stations. Financially, technically and from a risk and cash flow diversification point of view.

Whether new electricity generation replacing Sweden’s current nuclear power stations would come from an expansion of the hydro power production up north in Sweden, from a few new modern nuclear power stations and/or from entirely new and large-scale gas fired power stations with imports from Vladimir Putin’s Russia and Norway, still remains to be solved. All of the alternatives is still at play in combination with a massive expansion of wind power not yet seen the scale of as well as with a mix of other minor electricity generation sources. Time flies however and we are entering the red zone considering the 10 years it takes to design, license and build new electricity power generation of this towering scale, regardless of chosen technologies.

Today’s politicians are gradually starting to realize that the country needs a certain amount of base-load power and that the challenge is mounting on them. New alternative electricity supply resources will be a logical part of the new electricity supply mixture but will not for many miles be enough to cover the massive amounts of electricity generated by current nuclear power stations. Given different assumptions of technological advancements and consumer behavior Sweden still needs some 25-30% of its electricity demand covered from new base load generation. Today in 2016 the nuclear power stations that are about to be decommissioned quite soon account for 35% of the country’s electricity generation.

Base load is the massive amounts of electricity generated around the clock with almost no interruption regardless of wind, rain, sun and other external events. It comes only in five forms known to mankind. The challenge is not to choose the best of various energy alternatives for base load generation, as some ideologists seems to hope for, but to choose the least-worse ones. On top of the base load electricity generation, we shall add as much renewable and fossil free energy supply as possible. That is how tough the reality is.

Base load electricity can be generated from any of the following five energy sources:

Of course there are other sources of energy production as well, but not for grand scale base load electricity generation. Only as complementary sources of electricity. Waste to energy and fossil fuel burning like wood pellets is used to produce a combination of electricity and heat for houses. It will not how ever be the holy grail of base load electricity generation due to the volumes of fuel needed to be burned to produce electricity. Neither will solar power be feasible to Sweden other than as a minor complement. The reason is geography. Solar power is one of the promising future energy sources but mostly for other countries more exposed to intense year-around sun. The long distance to Sweden from southern Europe and north Africa would lead to hugh energy transmission losses should one try to flood Europe with cables all the way up to Scandinavia.

An interesting alternative source of electricity generation is off-shore wind power, i.e. large wind power farms placed in the sea. On-shore wind, being land based wind mills, suffer from less attractive and less stable wind conditions. The wind power technology has developed at rapid speed and cost per produced unit of electricity is being reduced year-by-year. Still today wind power is dependent upon governmental subsidies to make the wind-produced electricity affordable to people and to industries. But honestly, we are now discussing if to produce electricity at all, not to what cost. I would add wind power to above big-5 base load electricity sources but to Sweden wind power will still remain relatively marginal, although important, given the size of Sweden’s off-shore territory relative the size and demand of Swedish industries and population.

With regards to the tax-financed wind power subsidies, maybe we will see those subsidies entirely gone in the future. Off-shore wind farms are being larger and increasingly more energy and cost efficient. Electricity prices in general is also expected to increase when old and partly written off power stations are replaced with new and safer but more expensive power stations.

Some people argue that Sweden shall import electricity if Sweden cannot produce enough electricity on its own, after closing down current nuclear power stations. Sorry to say, that will not happen:

Interestingly, the neighboring Nordic countries does not have the same challenge as Sweden. Denmark is an even smaller country in terms of size, population and industrialization, but has relatively large territories of sea. The Danes will be able to cover so much more than Sweden of their electricity demand from off-shore and on-shore wind production. Not all, but a lot. And we all know about the Norwegians mighty mountains, equaling massive amounts of hydro-power capacity. To top it up the Norwegians are also blessed with tons of gas resources. The Finns then, well they have the same challenges as the Swedes but in the usual Finnish manor of “Management by Perkele” they have already come to a decision and started acting upon it by replacing their aging nuclear power stations with new modern nuclear power technology.

Some 15 years ago the Swedish politicians lead by Göran Perssons government realized that Swedish tax payers, i.e. the state, are not plentiful enough to make the financial funding of the monumental replacement investments needed for new baseload electricity generation, in the relatively short time-horizon of 10 years when most of the nuclear stations are about to be decommissioned. Neither can the balance sheets of the Swedish heavy industries make enough substantial contributions to the investment needs. And for sure Vattenfall, at the time being a domestic utility in a small country in northern Europe, could not make the investment contribution.

The solution to two of the challenges, financial resources and technical competence for various alternatives, was to grow the relatively small and domestically based Vattenfall to become a large, multinational company with sizable financial strengths and broad technical design and engineering competence. Sweden is simply too small of a country to host a company large enough to be instrumental in the replacement of the Swedish nuclear stations, and the decommissioning of the current nuclear power stations. This was the purpose of Vattenfall growing internationally within its core competence areas.

Vattenfall is a class-book example of a substantiated strategic growth purpose, well beyond any short-term profit focus. Vattenfall was set to supply Sweden with affordable energy and to grow the company to be able to replace current aging production facilities when needed. Vattenfall strategic direction was also to expand on its reputation and knowhow in clean-tech, and did also do so by massively improving the environmental performance of its acquired assets in Poland and in Germany and by expanding and build knowhow in promising future technologies like wind power.

Unfortunately, political reality is based on 4-year mandates, of which 1,5 years are spent almost entirely to form the actual government and eventually to campaign for next mandate period. Politics is partly based on populism and energy policy is neither easily understood, nor interesting enough to the average Joe due to scale, the cheer size of the questions on table and the very long lead-times for R&D, permit processes and construction periods, well beyond any ruling governments elected period. Sadly to say, Vattenfall’s strategic mission was forgotten and down-played for short term gains that is the reality of modern politics.

When electricity prices suddenly plunged a couple of years later, which commodity prices do from time to time, public opinion reacted with rage over Vattenfall’s “poor” management, questioning how Vattenfall could have become dirty and allowed to growth in other countries than Sweden. The new steady flow of multi-billion dividends from Vattenfall to the government budgets suddenly decreased with decreasing electricity prices. As a consequence, the company also made accounting write-downs in the billions of euros (however on a balance sheet that still was in the tens of billions of euros). Forgotten were also the tens of billions of euros that had actually been delivered to Sweden in cash flow and profits. Forgotten were the competence build within various energy technologies. Vattenfall’s non-Swedish assets was put up for sale and a new era of shortsighted nationalism started. How to fund, finance, engineer and build the massive and upcoming replacement of current Swedish nuclear power stations has again become a monumental and unsolved challenge to Swedish residents and companies.

The net wealth from Vattenfalls growth period 1995 to 2010 is still impressive, even considering accounting depreciations made during the last energy price decline period. Under certain circumstances, as opposed to the accounting losses when the write-downs where made because global energy prices went down, accounting rules also allow some of these depreciations to be put back to the Profit and Loss Statement as profit once the electricity prices increase again. As long as you still own the assets of course.

Importantly the company had followed the strategic vision and growth direction and build the size and parts of the technical competences that it had aimed for, looking to enable the future replacement of Swedish nuclear power stations. Sadly, Vattenfall has now already fired-sold large parts if its growth assets in neighboring countries. Many competent engineers and other employees have left in miss-belief and today the company struggle with purpose of being and strategy.

It is a melancholy that the shareholders of Vattenfall, the Swedish tax payers, are now at risk with a huge near term bill in terms of increasing national indebtedness to enable the needed replacement of current Swedish nuclear power generation with new energy sources. There was a great vision and a good plan to put Vattenfall in the driver seat in that transformation but the shareholder representatives were not sustainable enough, which is a challenge mixing long-term energy policy with short-term elected minority governments.

The moral of the story on Vattenfall’s growth ambitions is to be long-term and to stick to the visionary ambition as a guiding star. That is part of the ownership and leadership. Quarterly profits and annual dividends is not enough to run businesses. People are simple. Long-term strategic purposes are needed to guide and to make people do well.