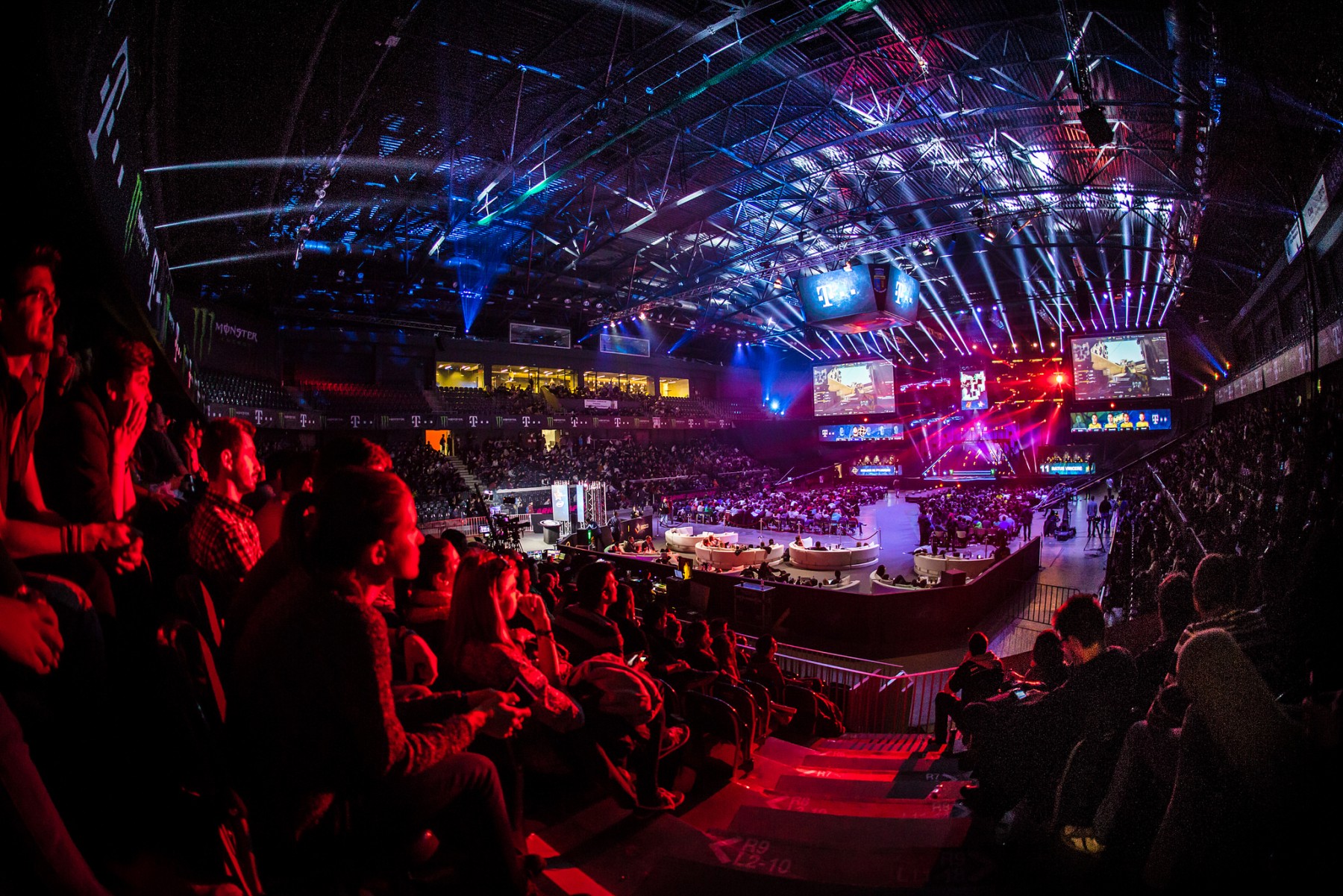 Last year World Championship finals of the online game League of Legends were broadcasted live in 19 languages. The grand finals were watched by 27 million people globally when played at the Seoul World Cup Stadium were 45.000 spectators joined the event live. As a comparison the U.S. 2014 NBA-championship topped with 18 million viewers.

Every month 67 million amateur gamers log in from somewhere in the world to entertain themselves by playing League of Legends, with over 7.5 million playing at the same time during each day’s peak hour. League of Legends is a five player per team online computer game where each player has different choices of characters. Each character grows with experience and rank and the team tactics can be described as a three-dimensional chess game.

This year’s October 2015 World Championships games was even bigger than last year. Played at arenas in European cities such as Berlin, Brussels, London and Paris, teams participated from Asia, Europe, South America and the US while fans around the globe watched the games online.

Riot Games, the West L.A. maker of League of Legends is one of several niche content providing companies in a growing industry catching the attention by investors and more traditional media and entertainment companies. Online gaming has gone from an annoying and anti-social teenager activity to become an acceptable sport and entertainment activity were the professionals not only practice gaming for hours but also workout and run to stay on top.

MTG, Modern Times Group, is a trend-savvy global entertainment brand originated from television and today spanning over 100 countries. Averaging more than 10% sales growth per year the last 10 years MTG has acknowledged that the once so popular television has rapidly lost audience to other forms of entertainment (video on demand, social media, gaming and others).

As a step to broaden content beyond a souring television business MTG in July 2015 announced the $85 million acquisition of a majority stake in Turtle Entertainment, the world’s largest e-sport arranger pioneering large-scale stadium events similar to Riots League of Legend game. Turtle Entertaiment had more than 260 million unique online viewers in 2015 and add broadcast content, production knowhow and event experience to MTG’s bet on the future of entertainment beyond television.

In November 2015 MTG announced the $30 million add on acquisition of DreamHack, a leading e-sport arranger in Scandinavia that runs both local and global e-sport leagues, tournaments and championships. The company’s seven live events in 2014 attracted a live on-site audience of 105,000 people, while fans have watched 34 million hours of DreamHack content online.

MTG has found a mix of new forms of entertainment businesses to fill the gap from a declining demand for traditional forms of supply-decided television (-programs).

A related industry also suffering from new customer behaviors is newspaper and books with printed media losing ground to various forms of online content. Swedish media family Bonnier’s new CEO Tomas Franzen acknowledged in a December 2015 interview in Swedish daily paper Dagens Industri that while printed media currently remain a profitable business, not least printed books, those revenues are not growing and Bonnier needs to explore other entertainment and media revenues. Tomas Franzen also points out that content providing are businesses and brands separate from the technical infrastructure behind the content providers, overtime effecting business models. A standpoint similar to what telecommunication carriers experienced in the late 1990’s and early 2000 when the industry refocused on infrastructure, albeit fiber over copper, having tried to explore in-house the massively competitive content production business following the industry’s deregulation.

Internet has simplified content production and distribution across industries. The number of production entities is today absolutely massive counting everyone from the next-door neighbor, or in-house teenager, to small and large specialized content producers world-wide. To consumers this has been good news and the choice of entertainment is today cross country-borders with each of billions of consumers, not with a few national and local senior television broadcast directors deciding next month television programs.

Other industries like banking and medicine will follow similar painful change agendas as the entertainment industry, the telecom industry, the retail industry and other industries before them. Increased consumer know-how power, increased diversity of supply and new infrastructure techniques massively changing the business models and cost of delivery is already leading the way into an exciting future.