Why WeWork postponed its IPO and why it may never happen

Why WeWork postponed its IPO and why it may never happen 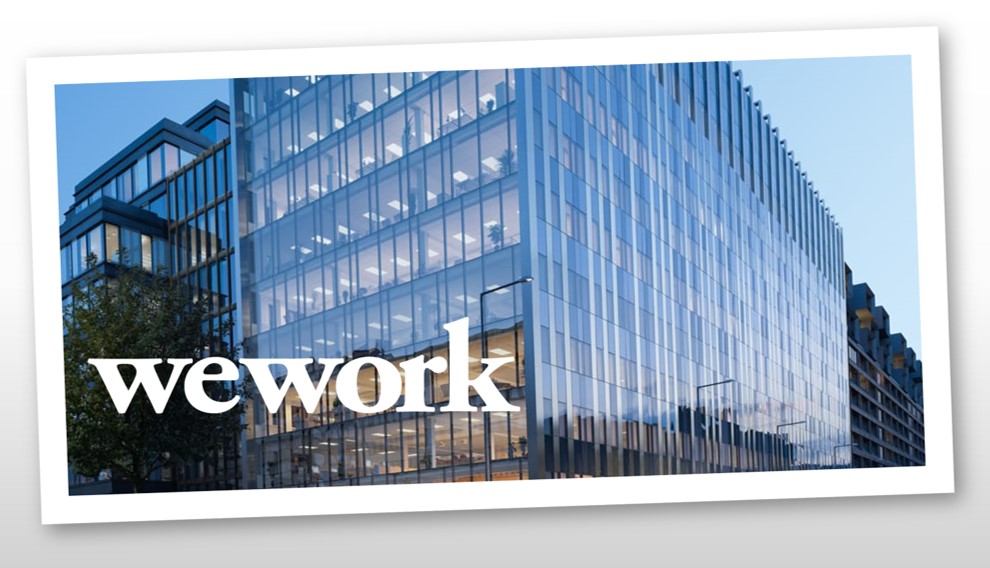 WeWork postponed its IPO the day before yesterday. WeWork’s business is to sign 15 year-long commercial real estate lease obligations and then offer startups and small businesses to let small office spaces in periods from one month and upwards.

The company was founded by Adam Neumann in New York, 2010. Today WeWork has grown rapidly and is currently present in 124 cities around the world with 800 locations open or coming soon. The day before yesterday, WeWork postponed its IPO

The business model is based on 15-year long-term lease and pay obligations and only 1 – 15 months lease revenue contracts. The business idea is to make rental arbitrages. I.e. charge higher rents on shorter lease periods then WeWork is paying on their long-term lease obligations. Part of the margin problem is the competitive small business office market and office investments needed by WeWork to attract startups and small businesses to WeWork’s premises.

The value of WeWorks lease contracts to customers is only $3.2 bn whereas WeWork’s own long-term lease obligations is valued at a wooping $47 bn. WeWork loses $2 for every $1 in revenue. WeWorks own projections is that working capital will be negative $7.5 bn over the next 18 months, despite an assumption that the positive economic cycle continues. Most people see clear signs however that the peak of the economic cycle may already be behind us and that 2020 – 2021 will be more challenging. Combined with the last years commercial real estate development boom it is not unlikely that we will see reduced office rents and an even higher startup churn, i.e. a smaller pool of commercial real estate revenues to fish from.

Venture capital funds invest at different rounds of equity injections, called A-, B-, C-round and so forth. A projection based equity valuation is made at each investment round and as long as agreed value is inflated, investors are happy. Typically, investors like to see at least 20-25% value increase between B- and C-rounds to return money to their investors over an 18 months in-between investment periods. Early investors opt out for cash at later rounds and late investors is opting for either a trade sale or an IPO to cash out from the much higher later valuations.

Japanese Softbank has multiple mid- and late-stage investments in WeWork, totaling well over $10 bn, partly with their own money, partly from its venture capital Vision Fund. In 2017 they invested $4.5 bn to fund WeWorks negative working capital needs and in 2018 they made another $3 bn investment, for the same purpose. When a company, i.e. WeWork, raises that much of capital in endless investment rounds there is only one possible exit left to investors: an IPO.

At SoftBanks latest investment, in December 2018, they valued WeWork to a staggering $47 bn. A logical number if you consider the mathematics to reach 15-20% annual return on your investments, build on top of each other. But here comes the second problem and it is not unique to WeWork:

At some point, i.e. when a VC shall exit their investments in order to make cash returns to their own fund investors or invite large and late equity injections to their holding, non-VC investors will access the company value. Either an acquiring company in a trade sale or institutional investors at an IPO. These non-VC investors really don’t care about prior layering of value inflated VC-investment rounds on top of each other, but rather assess the business as is including a due diligence of growth plans.

Remember WeWorks negative $7.5 to 9 bn working capital projection for the next 18 months? WeWork need $3bn in new equity capital which is the condition for its much needed $6 bn in new debt that has been negotiated with a bank consortium. That is the reason for the IPO.

It’s not the purpose of this article to analyze how the bank consortium has come to conclusion that WeWork is credit worthy for another €6 bn in debt. You may read more on WeWorks banking relations and the linked between ledning and corporate finance in short Reuters this article.

Potential IPO-investors seem to come to other numbers however and that is one reason why WeWork postponed its IPO . Between December 2018 and the upcoming IPO valuations have been rumored to go from $47 bn to $20 bn to $10 bn. Such a valuation would be catastrophic to Softbank, WeWork’s largest pre-IPO investor. The write-downs on Softbank’s books would probably be the definitive end of Softbank’s ambition for a second Vision Fund, not to mentioned the challenges Softbank already have with its virgin Vision Fund that has invested not only in WeWork but also in Uber, with similar problems. The valuation drop is why the IPO is now said to be postponed.

The question is if an IPO will ever happen? The value of WeWork’s lease contracts is only $3.2 bn. Assume WeWork makes dramatic changes to its business model, stop its growth ambitions and focus on merely managing its current long-term lease obligations and you may be able to argue for a $10 bn valuation. Maybe.

The bank consortium and Softbank have had better days. Their option beyond an IPO seems to be to put additional equity and debt on the table to buy time, all or parts of the needed $7.5 – 9 bn. The follow-up question is if the banks remain with their credit offer, considering that an IPO or new Softbank equity injection looks like a bridge financing. A bridge to business model restructuring or winding-down of a lofty ambition by virgin financial investors stuck in mathematical return formulas, hyped by the hot hand phenomenon.

The third and final (?) problem and why WeWork postponed its IPO ambition is the founder Adam Neumann and details around his management of WeWork, or rather the corporate governance structure of WeWork:

Corporate governance at private companies is one thing. Going public is something completely different and Adam Neumann comes out as a problem to the IPO and it’s IPO advisors.

Who is playing the piano now? The banks lead by heavily debt involved JP Morgan, who also granted Adam Neumann’s real estate mortgages? Softbank, the value trapped investor that came too late to Uber and seemingly invested too late also in WeWork?

The outcome of WeWork is still to be seen. There are plenty of businesses out there, fueled by all-time-high cash-rich venture capital funds.

The business model of VC’s allows companies to default. Private equity investors make only 10-15 large investments per fund and hence needs to support them with industrial advisors not to make defaults and hurt the return of the fund. VC’s however typically makes 30-60 relatively smaller investments per fund opting for one or two to return the entire fund. I.e. VC investors know that a majority of investments made will default or simply become mediocre investments.

The size of investments made in WeWork by Softbank and their Vision Fund, the $8.4 bn in credits already extended to WeWork, the assumed pre-IPO valuation and the investment concentration exposure at Softbank’s virgin Vision Fund makes the WeWork and Softbank story stand out. The negative cashflow have been seen before, but in earlier investments rounds.

As a side note, Softbank is currently fund raising for Vision Fund 2. Strange things have happened before in this cash rich world but let see if Saudi Arabia’s Public Investment Fund that contributed $45 bn to the $100 bn Vision Fund 1, or Abu Dhabi’s Mubadala Investment Co. who invested $15 bn, will participate in a Vision Fund 2. A possible partial retreat of two major investors would certainly complicate fund raising for Softbank’s Vision Fund. That we have seen before.